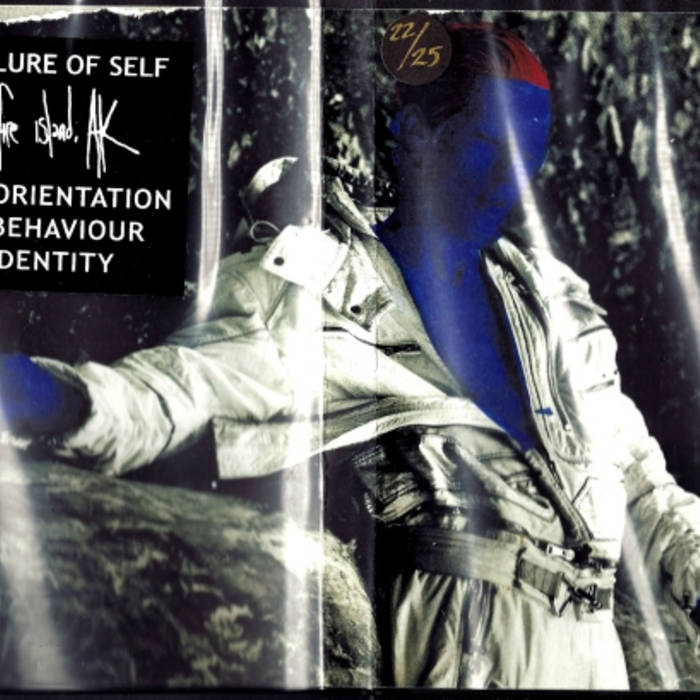 "This three-disc set from Fire Island AK is the least 'blackened' of all of the releases from this project that we've gotten in stock; it's still an interesting collection of formless industrial/noise though, with some supremely heavy moments on the first disc that ranks as one of my favorite Fire Island tracks.
The first disc has one twenty-three minute long piece that starts off harsh and noisy, washes of caustic feedback sweeping over rumbling amp noise and a blizzard of gritty noise, builds into a single deafening feedback hum, and then drops into a long stretch of distorted blackened guitar drone - think Vulture Club or Culver - swirling with chunks of fuzz-encrusted chordal heaviness and eerie minor key melody smoldering beneath the cracked and smoking surface. As the track evolves, the droning guitars and grim ambient sludge seems to drop in pitch, slowly turning into a softened, muted smear of amplifier rumble, and we begin to hear other sounds creep into view, distant howling, massive subsonic pulses, while the scorched amp drone continues to churn, slowly fading into oblivion by the end of the track. It's like a blackened Damion Romero piece.
Disc number two is a much more chaotic experience. Again we have a single track, this one just over thirty-five minutes, but instead of blackened guitar noise/drone, we get a hallucinogenic industrial cut-up, pretty harsh stuff, which starts off layering shrill feedback and clanking scrapmetal noise on top of weird voice loops, hitting some really intense high-pitched frequencies at times. From there, it continues to move deeper into a fever-dream of industrial noise, pulsating rhythms, chopped up vocals, total Wolf Eyes/Throbbing Gristle territory that slips into some bizarre grooves here and there.
The third disc is where things get very strange. Again, we're somewhere in industrial territory, with squealing feedback and looped vocal samples blasting forth at the beginning of this fourteen minute track, but as this continues to take shape, the feedback actually appears to be recordings of birds run through some sort of extreme signal processing, or else it's electronic feedback that has been carefully constructed to sound like flocks of birds. Either way, this squealing, squawking backdrop swarms beneath heavily layered loops of grunting, orgiastic men , and it continues like this until the end of the track, like something akin Throbbing Gristle score for a Pasolini film." CRUCIAL BLAST

originally released on 3x CD via We Heart Arts DIGITAL (UK), edition of 25

Bandcamp Daily  your guide to the world of Bandcamp

cktrl talks about heartbreak and his new record 'Robyn'